Plant a tree in memory of Jay
An environmentally-friendly option 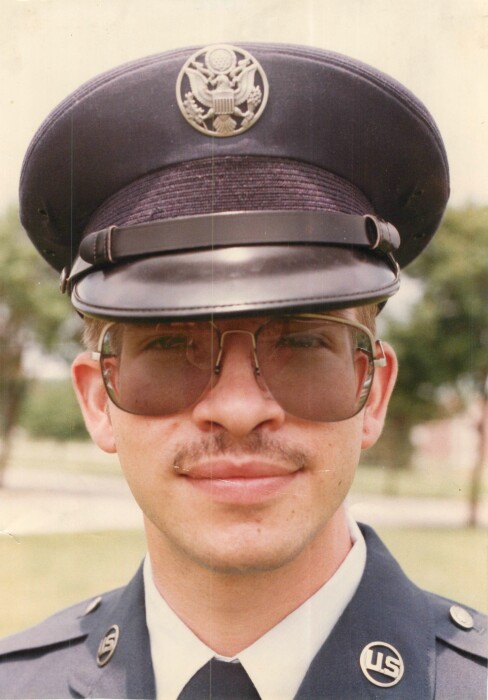 Jay was born September 3, 1960 in Holloman AFB, New Mexico. He was the son of the late Deacon John J. Hudak III. His mother Hazel A. (Heims) Hudak survives at home. Jay was a member Holy Trinity National Catholic Church in New Castle. Jay was a graduate of New Castle High School, class of 1978.

Following graduation he enlisted in the United States Air Force. Jay served his country during Desert Storm.  He earned the rank of Master Sergeant / E-7 with twenty years of service. Jay retired from the Air Force Reserves and was Honorably Discharged. Jay continued to work at the 910 AFB as civilian contractor for many years.  He enjoyed collecting both coins and guns. Jay enjoyed riding his motorcycle and was a member of the Military Veterans Motorcycle Club.

In addition to his mother Hazel, Jay is survived by two sons, Edward V. (Lindsey) Hudak of Delmont, PA, and Nicholas J. Hudak of Youngstown, OH; two grandsons, Brooks Hudak, and Carter Hudak, and many aunts, uncles and cousins.

Following Jay’s wishes there are no calling hours scheduled at this time. A private Memorial Service will be held at a later date for immediate family. Burial and Rite of Committal will be in Madonna Cemetery. The Very Rev. John A. Rencewicz II will officiate. Local arrangements are entrusted to the Noga Funeral Home Inc. 1142 Mill Street New Castle.

Plant a tree in memory of Jay by clicking here.
To send flowers to Jay's family, please visit our floral store.

A service summary is not available

Plant a tree in memory of Jay
An environmentally-friendly option

Plant a tree in memory of Jay

1 tree planted in memory of Jay

Mrs. Hudak, I am so sorry for your loss. I worked with Jay at the base.  He was always kind and professional.  He had a ready smile and always found solutions.  I can't imagine your pain.  I will gladly plant a tree in Jays memory.

A Memorial Tree was planted for Jay F. Hudak

We are deeply sorry for your loss ~ the staff at Noga Funeral Home, Inc.
Join in honoring their life - plant a memorial tree

Plant a tree in memory of Jay