Plant a tree in memory of Sophie
An environmentally-friendly option 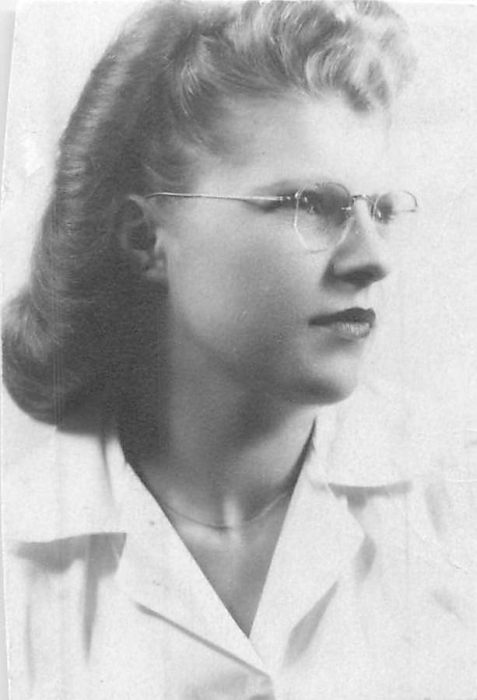 Sophie Francese, 96, of New Castle passed away the afternoon of March 22, 2021 at Quality of Life Services.

Sophie was born March 3, 1925 in New Castle. The daughter of the late Adolph and Stephanie Milan Lyskowka. Sophie was married to the late Louis A. “Freckles” Francese. He preceded her in death on December 16, 2000. They were married for 48 years. She was Roman Catholic.

Mrs. Francese was a long time “Breast Cancer” survivor since 1974. Sophie was a Girl Scout leader for a while. She was a nurse aid at Jameson Hospital, and a waitress. Later in life she worked with B&O railroad, and the Post Office Lunch restaurant. Mrs. Francese enjoyed her flowers, gardening, the Pittsburgh Penguins, and her music her favorite songs were “Stardust” and “The Very Thought of You”.

Sophie is survived by her daughter, three grandchildren, and a couple great-grandchildren. She misses seeing her first born grandson that she and her late husband raised for five years. They loved him dearly. She is also survived by her friend Pam and her family that she thought the world of for many, many years.

A private visitation was held yesterday on March 26, 2021 at the Noga Funeral Home Inc. 1142 Mill Street.

A Blessing service was conducted immediately following visitation in the funeral home. Deacon John Carran of Holy Spirit Parish will officiate. Burial will be in Parkside Cemetery.

Plant a tree in memory of Sophie by clicking here.
To send flowers to Sophie's family, please visit our floral store.

Plant a tree in memory of Sophie
An environmentally-friendly option

Plant a tree in memory of Sophie

1 tree planted in memory of Sophie

Sophie and Louie were special people we met through my Dad, Ed Bartley.   She was a warm, friendly woman with the biggest heart.  I am so sorry for your loss.

A Memorial Tree was planted for Sophie Francese

We are deeply sorry for your loss ~ the staff at Noga Funeral Home, Inc.
Join in honoring their life - plant a memorial tree

Plant a tree in memory of Sophie